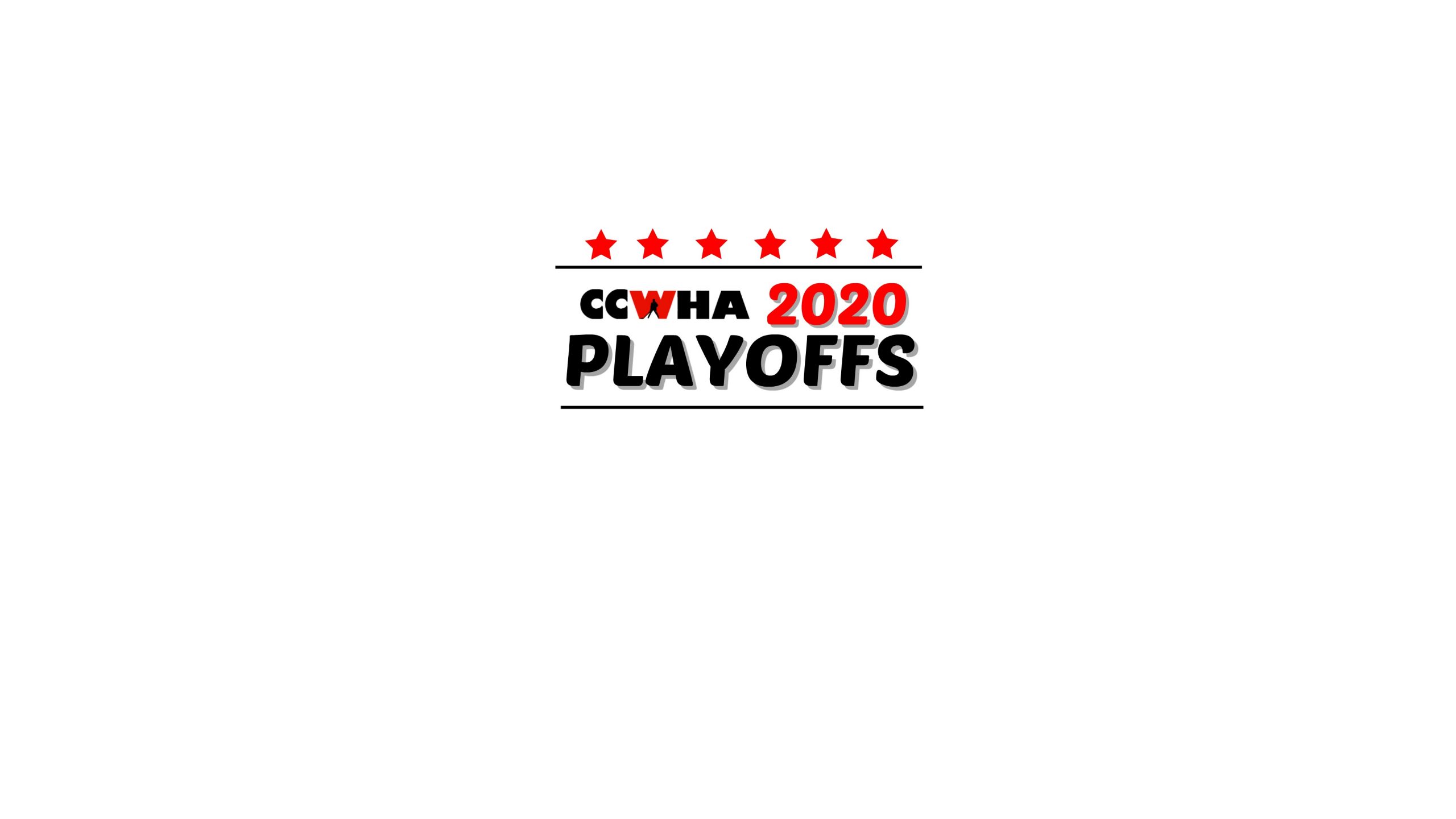 BURTON, MI – The Central Collegiate Women’s Hockey Association is ready to host the 2020 Playoffs, with this year taking place at Crystal Fieldhouse in Burton, MI from February 28- March 1. The top four teams in the league will play to become the CCWHA Playoff Champions, and to earn an auto bid to the ACHA National Tournament. Here is what to know from this season, about the top four teams participating for the 2020 playoffs.

The Wildcats come into playoff season at 9-1 in league play, and 16-3 overall. Northern Michigan has put up 61 goals for and only allowed 18 goal in their ten league regular season games.

Shae Blewett is one point behind Higgins with 33 points (23g, 10a). Blewett leads Northern Michigan in both power play goals (4), and game-winners (5). The forward for the Wildcats is atop both total goals and points for the CCWHA this season, and leads the power play goals category as well as points per game with 2.30.

Nicole Cooke has a total of 19 points (4g, 15a) for Northern Michigan this season. Cooke is No. 2 in the league for total assists while she also averaged 1.00 assists per game to give her the No. 2 slot in that category as well.

Brianna Holman has been in net all season long for the Wildcats, earning a 16-3 record while picking up two shutouts in 19 games. Holman has a 1.80 goals against average in league play (No. 1), has a 93.2 save percentage (No. 2) and leads the CCWHA in total shutouts.

The Wildcats picked up four league sweeps during their ten CCWHA games this season, and tallied one D1 sweep against Aquinas College. Northern Michigan went 7-2 against non-league teams for the 2019-2020 season.

In their last time on the ice for a league game, NMU took on Notre Dame, picking up a 2-1 win. Holman was in net stopping 16 of 17 shots faced, while Blewett and Faith Delgado (1g, 1a) each got the goals for Northern. Cooke gathered a single assist in the win over the Irish.

The Bulldogs, the reigning CCWHA Playoff Champions, return to the tournament this year after going 7-3 during regular league play, and 10-7 overall. Adrian fired off 44 goals for and allowed just 27 goals from CCWHA opponents.

Katelyn Hayward leads Adrian with 16 points (11g, 5a) with two power play goals and one game-winning-goal. Hayward sits at No. 3 in total goals for the league and No. 2 in power play goals tallied.

Hannah Chase comes into the 2020 playoffs with 12 points (4g, 8a) and a single power play goal. Mackenzi Heisner rounds out the Adrian top three point getters with 11 points (7g, 4a). Heisner has picked up two power play goals and one game-winner this season.

Victoria Poland has been in net for Adrian for eight games with a 4-4 record. Poland is No. 2 in the league for goals against average (2.00). Poland has allowed just 23 goals against all season. Emily Gilmore is currently 5-2 after making 191 saves in seven games for the Bulldogs. Gilmore has a .918 save percentage and averages 2.15 goals against. Hannah Taylor has a 1-1 record with 19 saves this season for Adrian College.

The Bulldogs have tallied three league sweeps during the 19-2020 season, and have finished 0-3 when facing off with non-league teams. Their last game of the season was against league opponent, Michigan State, where Adrian grabbed the 3-1 win. Poland was in net for the final win, while Samantha Lhotak put up a hat trick for Adrian College.

The newcomers to the CCWHA for this season finished 6-4 in league play while going 9-12 overall. The Cougars put up 36 goals on their opponents while allowing 36 goals in ten games.

Mispon Martin leads Sault College with 21 points (15g, 6a) with a single power play goal and three game-winners for 19-2020. Martin is currently No. 3 in total points for the CCWHA.

Kaitlyn Lambert Mousseau put up 18 points (7g, 11a) for the Cougars with one game-winning-goal. Olivia Barsanti gathered 17 points (14g, 3a) during the season while tallying two short-handed goals and one game-winner.

Janelle Manitowabi has posted a 7-5 record while stopping a total of 205 saves in twelve games this season. Manitowabi averages 3.38 goals against and is No. 3 in the league for save percentage with 92.6%.

Jennifer King is currently 2-4 with 55 saves for Sault College. King is No. 1 in the CCWHA for save percentage with 95.7%. Katrina Simon is 0-3 this season after stopping 103 shots on net. Simon has a .774 save percentage for the Cougars.

Sault College gathered three league sweeps in their first time around, and tallied a single win against a Division 1 opponent, Davenport University. The Cougars went 2-7 when facing non-league teams this season. Their last game of the 2019-2020 regular season was against Michigan State, with the Spartans grabbing the 3-1 win. Manitowabi was in net for the final game.

Michigan State makes their way back to the CCWHA playoffs after a short hiatus. The Spartans finished the season at 4-6, securing their ticket to playoffs after sweeping Notre Dame in their final games. Michigan State found 26 goals and allowed 40 from opponents during 2019-2020. Their overall record was 10-11-1 for the ACHA season, where the Spartans put up a total of 108 goals.

Katelyn Cygal has been in net for a 5-7-1 record for Michigan State after stopping 101 saves this season. Cygal earned two shutouts in 13 games on the ice and averaged 2.56 goals against. Danielle Williams has been in net for nine games, picking up a 5-4 record and two shutouts along the way. With just 24 goals against for the 19-2020 season, Williams has earned a .631 save percentage.

Michigan State tallied just one league sweep this season, and finished 6-5-1 against non-CCWHA teams. The Spartan’s final game of the regular season had them pitted against Notre Dame, where they emerged victorious 4-3. Williams was in net for the win, and Marnie Waggoner, Christina Berels, Lindsay Reiss and Rowe (1g, 1a) tallied goals while Larson had a single assist in the win.