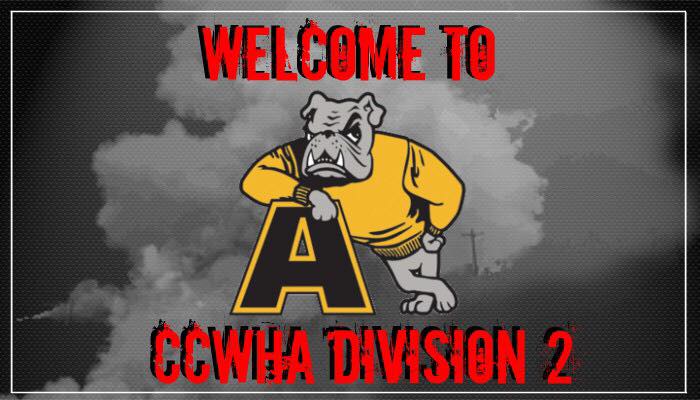 ADRIAN, MI – The Bulldogs of Adrian College are making a statement in their first year in the Central Collegiate Women’s Hockey Association. The newest member of Division 2 has gone undefeated in their first 10 games of their first season.

10-0, 47 goals for against five different opponents, and just 17 goals against versus four CCWHA teams, and one non-CCWHA opponent. Adrian College snagged the No. 1 spot in the West for the ACHA first ranking of the 2017-18 season and held onto the top dog position in the second and final ranking of 2017 for Division 2.

Adrian remains as only one of two teams left in the West region who has not lost a game this season. The other team undefeated thus far happens to be CCWHA member and future Bulldog opponent, Notre Dame. AC also is No. 2 in the number of wins column, behind Minot St. in the entire West region of D2.

The Bulldogs are led in points by Erika Gilbert, with 16 points (9g, 7a). Gilbert has tallied one power play goal and one game-winning goal in 10 games. Hannah Chase has gathered 14 total points (7g, 7a) with one power play goal and two game-winners for Adrian. Maria Granger rounds out the top three in points with 12 (8g, 4a) with three game-winning-goals. Madison Drezek (4-0), who ha a 1.00 goals against average is No. 2 in the nation. With four goals against, Drezek sits at No. 1 in the nation for that stat after the first half of the season. The Bulldog goaltender also happens to be No. 2 in the ACHA for save percentage with .958. Victoria Poland has earned a 6-0 record for Adrian. A 2.15 goals against average gives Poland the No. 12 spot in the nation after 10 games. Goals against for Poland is totaled at 13 for 2017, while the netminder has put up a .893 save percentage.

To start 2018, Adrian will take on University of Michigan-Flint for the first time in a single series away game. They will then take on three more CCWHA members to finish out the regular season, Central Michigan, Notre Dame, and Michigan State University. The Bulldogs will then head to playoffs at the end of February.