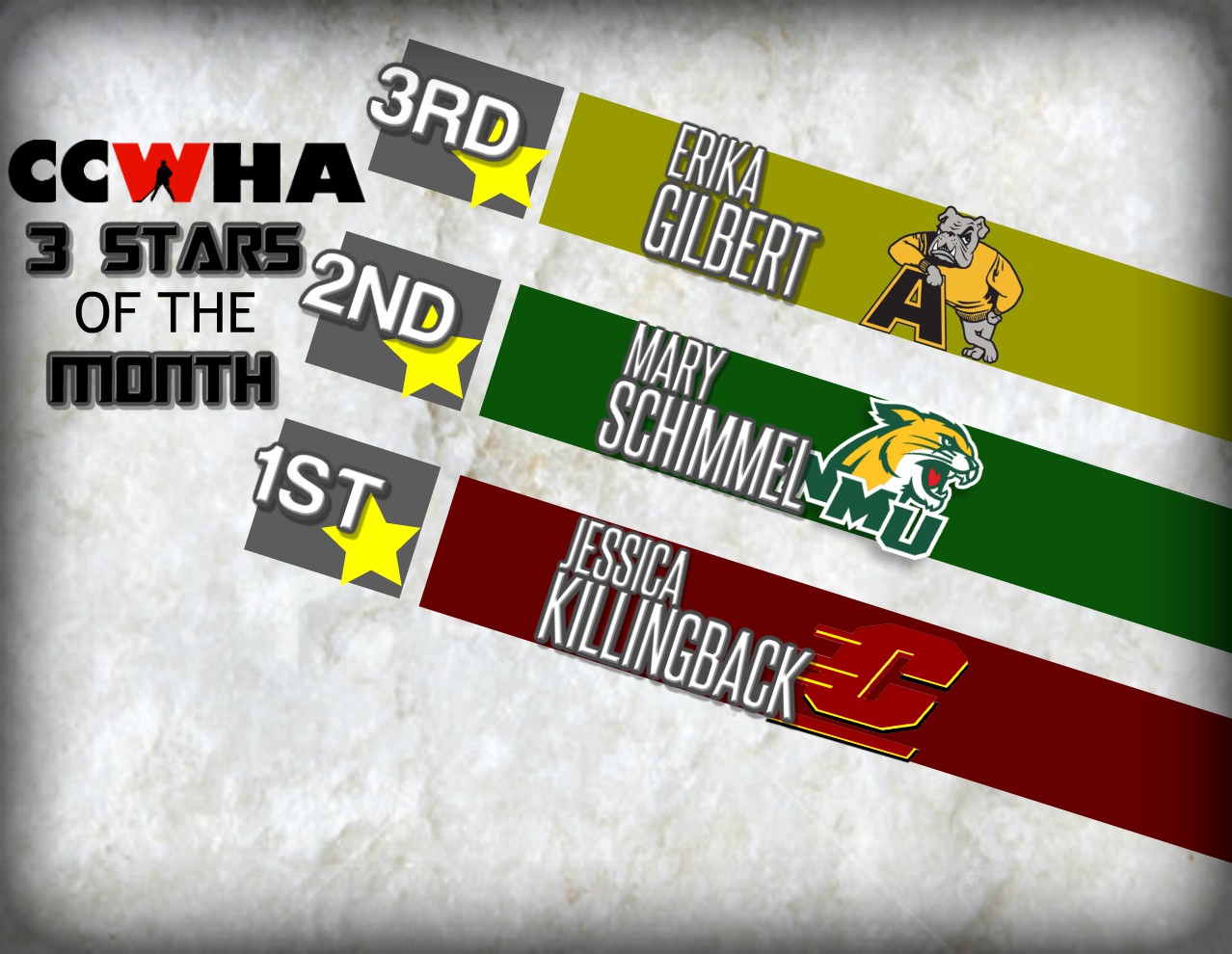 CCWHA NOVEMBER PLAYERS OF THE MONTH – The Central Collegiate Women’s Hockey Association Division 2 presents the three stars of the month. For November 2017, the third star of the month belongs to Erika Gilbert of Adrian College, second star goes to Mary Schimmel of Northern Michigan University, and first star of November is awarded to Jessica Killingback of Central Michigan. 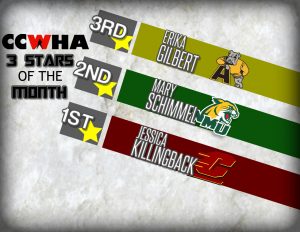 Gilbert helped Adrian College to two wins in November against Central Michigan, tallying three goals total over the series. Note worthy, Gilbert grabbed two of the three goals in the second game win, 3-1. Adrian is 10-0 in ACHA play for the 2017-18 season, while Gilbert has registered 16 total points (9g, 7a) for the Bulldogs.

Schimmel has put up four points (3g, 1a) for the Wildcats in November. Northern Michigan faced off in a two-game series with Loyola-Chicago, walking away with a tie and a win. Schimmel put in a goal and an assist in the 2-2 tie and grabbed the only two goals in the 2-0 win during the second win. Thus far in the season Schimmel has gathered 11 points (6g, 5a) for Northern for a 3-2-1 record in ACHA play.

Killingback of Central Michigan has tallied a total of 10 points (9g, 1a) this season, eight of those points coming in the eleventh month. Four games under their belt during the month, the Chips tallied four losses, two to Adrian College and two to Loyola-Chicago. However, Killingback tallied points in all four games. Two goals in the 6-2 loss to Adrian, one goal in the 3-1 loss to Adrian, a goal and an assist in the 3-2 loss to Loyola, and a hat trick (3g) in the 7-3 loss to Loyola to finish the month. Central Michigan is currently 1-5 in ACHA play for 2017-18 so far.